Novella Ruth Mills was born on February 1, 1926 in the little coal mining town of New Straitsville in south-central Ohio. She was the sixth offspring of Edward Mills and Gertrude Mills.  She had three brothers and three sisters.

She was born at home with local Dr. Miller in attendance, family medical needs were usually taken care of by her great uncle Surgeon Dan Price and brother David “Chappie” Price, both graduates of Ohio State University Medical School.  They were brothers of her fraternal grandmother.

An example of the Mills family care provided by her physician relatives are great uncle Chappie Price performed a tonsillectomy on her as a child in her home, using the dining table as an operation gurney.

Another notable intellectual in the family was her uncle, William Edwards, younger brother of her mother, Gertrude Edward Mills. He was educated in teaching and became the  superintendent of a Cleveland Ohio school district. He held a PhD in education from Ohio University in Athens, Ohio and unfortunately passed away at an early age (50’s) leaving a wife and two daughters.

The Mills and Price predecessors were natives of Wales while her maternal grandmother and grandfather’s families came from England. The cemetery in New Straitsville has gravestones for some family members who served in the army of good and north during US Civil War 1860 to 1864.

As you enter New Straitsville from the north via Logan, Ohio you are greeted by a white background road sign with black lettering indicating “You’re Entering a New Straitsville, The Moonshine Capitol of the World.”

The town is also one of the forerunners in organizing unions for their local coal miners. In fact there is still smoke escaping today from some local mines originated by fire set by protesting miners in the 1900’s.

She attended New Straitsville High School for two years when the family moved to the rubber tire capital of the world (at the time) Akron, Ohio. She finished her last two high school years at Akron’s “East High” graduating in 1943. This was during the World War II years and she began her working career as a sales person at the O’Neil department store, initially part-time, and later full-time, to assistant family financing. 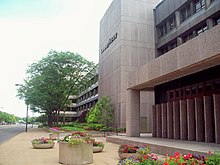 In 1948 her brother-in-law, Bill Mitchell, arranged for her to meet Charles Daniels, a fellow employee of Mitchell at Goodyear aircraft Corporation engineering department. The meeting flourished and the two married on May 7, 1949. They honeymooned  at Uniontown, Pennsylvania in the Allegheny Mountains, New York City, and Niagara falls (her flights to and from New York City in 1949 were her first) then settled down in Akron, both working.

In September 1949, he took a leave of absence from Goodyear and the pair traveled by auto to Los Angeles, California where he entered a graduate engineering program at the University of Southern California. In September 1950 he graduated with and an MSME degree. While in Los Angeles she continued to work at the Robinson department store company in downtown LA.

In this post war era, engineering jobs were hard to come by so they drove back to Akron and he returned to Goodyear and she to her job at O’Neil and company. In 1950 Goodyear sent Charles to work at the McDonnell aircraft company in St. Louis. Goodyear was contracted to be an alternate builder of the McDonnell F-3H navy fighter and a team of five or six of their engineers were sent there to get familiar with the plane and act as a cadre that would familiarize a much larger group at Akron when they returned. Goodyear Aircraft Corporation (GAC) provided accommodations for the group in St. Louis at a hotel near the Zoo.

Novella joined her husband after he had been there for about a month. They both recall today that the hotel had baseball tickets available for their guests for St. Louis Cardinals and St. Louis Browns games on a first-requesting first-served basis at the front desk the morning of the day of the game. Needless to say Novella was at that front desk almost every such day and they saw many games with eventual baseball Hall of Famer’s playing,  e.g. Joe DiMaggio, Stan Musial, and Yogi Berra.

After the gig was completed in St. Louis the group and some of their wives were flown back to Akron on the GAC DC3 with cross wind landing gear. Unfortunately the alternate source contract with Goodyear was canceled because the Westinghouse engines in the F-3H  failed to meet their contractual required thrust. Funny how fate enters your life,  if that contract had not been terminated the couple may have remained in Akron for many years. Instead they moved to California and remained there for the rest of their lives. See CMD Biography.

In Woodland Hills, California, Novella became very active with the Cub Scouts and Girl Scouts, Parent/Teacher Association, as well as political groups. Then there was always the driving the children to and from school and other school activities, besides homemaking. She was also always in communication with the Mills family members and her mother, in person via visits or by phone. Her mother lived to be 96 and older sister, Evelyn, 98.

This just reminds me of their house in Woodland Hills, its not the actual house.
Source: http://dearoldhollywood.blogspot.com/

Today Novella remains the only survivor of the group. She’s very proud of the fact that her granddaughter, Heather Hogan, named her daughter, and Novella great-granddaughter, Novella.

One thought on “Novella Ruth Daniels: A Biography of My Grandmother”